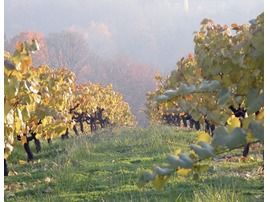 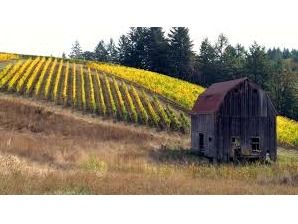 Melon de Bourgogne is better known as Muscadet, the name of the wine that it produces. This is the dominant grape of the area around Nantes on the coast of Brittany, where the Loire meets the Atlantic Ocean. Muscadet has such a bracing sea tang, and such an affinity for the shellfish of the Breton coast – especially the superlative Belon oysters of the region – that it may come as a surprise that the Melon de Bourgogne is a relatively recent arrival, and its dominance in the region was the result of one terrible winter.

The Melon has a long history but not all in one place. As the name would imply, the variety originated in Burgundy but was removed from the vineyards there in the 16th century, as other varieties proved more successful in that climate. However the ability of the vines to withstand frost made it attractive to winemakers in Anjou, where it was also eventually edged out by other varieties.

At the same time it caught the attention of Dutch distillers further downstream, who needed large quantities of wine with which to make brandy. The Dutch started planting Melon in vineyards near Nantes, the most convenient port from which to ship the wine to Holland, in the 17th century. At the time the area was planted primarily with red grapes but when the worst winter in recorded history devastated the vineyards in 1709, causing barrels to burst in the cellars and even freezing the coastal waters, the Melon was one of two varieties to survive and it has dominated the region ever since.

Although it was originally a rather neutral wine, Muscadet producers have refined their techniques in order to make wines with their own distinctive attributes. In particular, the wine can be designated as Muscadet Sur Lie, indicating that it has been left on the lees for the winter between fermentation in autumn and bottling in spring. This allows the wine to develop a fuller flavor and a slight carbonation that gives the wine additional freshness. For the most part, these wines are best drunk young, but in exceptional vintages certain Muscadet Sur Lie can be kept for several years and, in rare cases, decades.

To an even greater degree than the Sauvignon Blanc and the Chenin Blanc, the Melon de Bourgogne, despite its name, is a grape that achieves its best expression in the Loire. It is rarely planted elsewhere. As Muscadet, however, it produces one of the friendliest, most refreshing wines in the world — the ideal seaside wine.

Restrictions:
Must be 21 or older, shipping cost to be paid by purchaser.