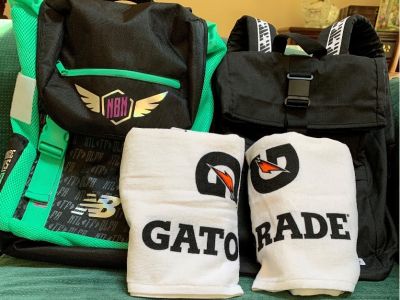 Victoria Vanriele is a senior at Governor Livingston High School and a  nationally ranked runner. She is donating a few item from her Track & Field memorabilia that she has collected during her illustrious high school running career.   It is extremely meaningful to her to be able to contribute to the community that has supported her over the years.
The items include:

These are items that could be special to some upcoming track athlete in the community.
Donated By: Jewel Douglas