Book: In search of a Kingdom by Laurence Bergreen $24.99

Book: In search of a Kingdom by Laurence Bergreen $24.99 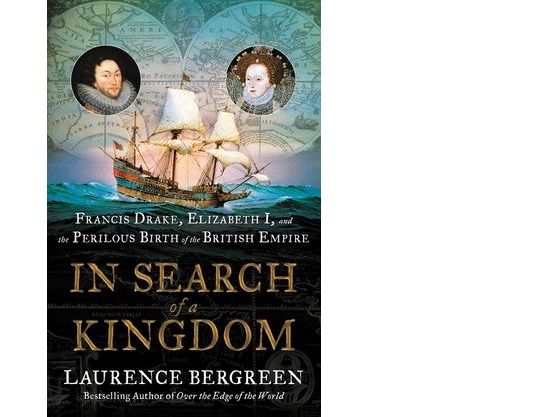 Francis Drake, Elizabeth I, and the Perilous Birth of the British Empire
By Laurence Bergreen

England is a nation divided. In one camp, nationalists decry the diabolical threat to their freedom posed by dastardly Continentals, instead throwing their hopes on a shadow empire of boundless trading opportunities. In the other, pro-Europeans bitterly protest that their country is making a cataclysmic mistake and bide their time. Sound familiar? Just kidding. It's not Boris Johnson's Brexit Britain but the England of the late 16th century, the subject of "In Search of a Kingdom."

In Laurence Bergreen's colorful assessment, an unlikely alliance between Queen Elizabeth I and Sir Francis Drake empowered English Protestants to see off Continental Catholics and stake out the beginnings of the British Empire. Drake, a flame-bearded firebrand who resembled a cross between Errol Flynn and Yosemite Sam, has a peculiar status in English history. On the plus side, he was a superlative navigator who helped defeat the Spanish Armada. In the debit column, he had an incurable habit of piratical thieving that leaves a bad taste in the mouth.

Among other attractions, this makes him an excellent candidate in whom to consider the warring passions of the English character: the stiff upper lip and the devil-may-care. A tenant farmer's son — the oldest of 12 brothers — with the accent and manners to match, Drake was despised by courtly patricians for his passing acquaintance with protocol. Yet to a scrappy island nation that was spoiling to stick it to the overweening Spanish Empire, a dose of "yah-boo-sucks" went a long way. Wrap it in a flag, and it ran and ran — and still does. Bergreen does not make the link to modern-day Britain, but can it be coincidental that "Brexiteer" echoes "privateer," the old term for a state-licensed sea raider?


Restrictions:
Available for pick up at the SAO office